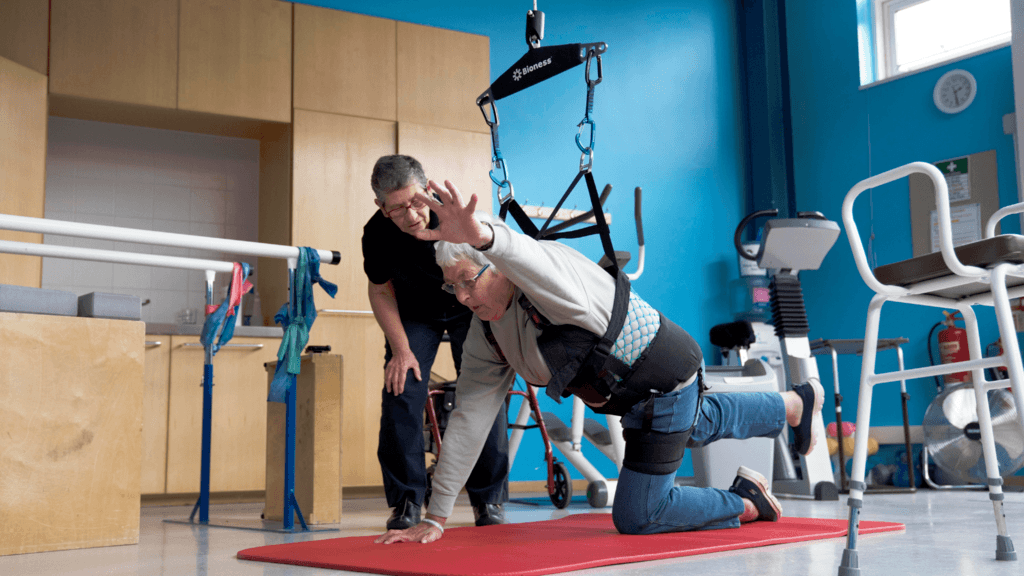 Twenty months after a severe stroke, Maria – known as Mazza – with husband William, a retired farmer, organised their One Step at a Time charity ball in April this year. This glamorous event drew around 190 guests and raised an extraordinary £33,000. ‘People were amazingly generous,’ says Mazza. ‘We held the ball at a friend’s donated venue, Wantisden Valley near Woodbridge. Flowers, auction prizes, food and drink were all donated and we had a live band who only wanted drinks money. We’re dividing the money raised between places that have given me so much support: Livability Icanho, Caroline House at The Coleman NHS Hospital and Addenbrookes Charitable Trust.’

Mazza was treated initially at Papworth Hospital, in August 2020, and then Addenbrookes Hospital, where she spent five months. ‘I visited every day up till 23 December, but then I had to stop because of Covid,’ says William. ‘That was the worst Christmas ever.’ The couple, who had been married less than a year at this point, met through friends. ‘My best buddy is married to his best buddy!’ explains Mazza. After a spell of rehab at Caroline House in Norwich, Mazza returned home to Great Ashfield in April 2021 and started therapy at Livability Icanho.

‘Icanho really built up my stamina – I was able to stand with a stick for the whole night of the ball,’ says Mazza. ‘I had occupational therapy and physiotherapy two or three times a week. It’s hard work, mentally as well as physically. I am so lucky to have Icanho on our doorstep. I was also very lucky to have my speech.’

‘At Icanho, we know it is a privilege to work with people who are facing the challenge of rehabilitation and adapting to life after the trauma of stroke/brain injury,’ says Icanho service manager Rosemary Gravell. ‘Our clients and their families inspire us every day. It means a massive amount to us when those who have experienced our service want to help by raising funds so that we can support others who need us in the future. We’re so grateful to Mazza and Will for this astounding fundraising effort.’

‘Icanho were absolutely brilliant,’ says William. ‘I went to nearly every therapy session and I’ve seen the progress Mazza has made.’ Mazza adds: ‘Icanho has made my life livable. I don’t know what we’d have done without them.’