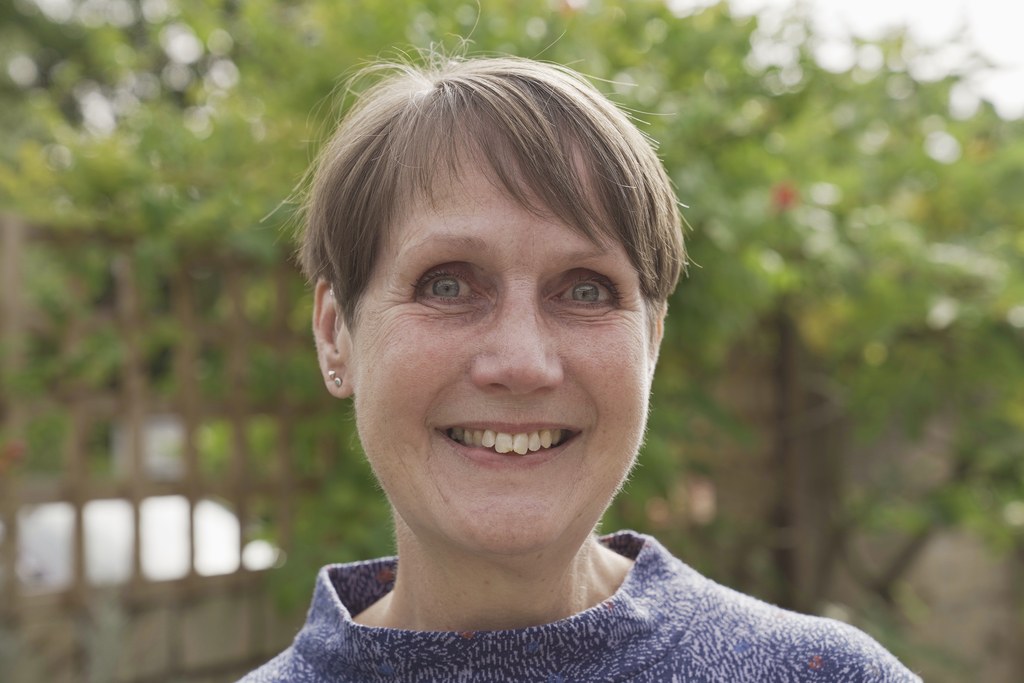 ‘I was such a mess! In my head I was scared, worried, and I had no money. Life was just dreadful.’ So says Suffolk resident Trisha, speaking about the days and weeks after she was knocked off her bike, sustaining a head injury. ‘I was cycling to a client’s and it’s the only time I didn’t wear a helmet,’ she says.

After initial treatment, couture seamstress Trisha went home but over time, the level of difficulty she was facing became apparent. She was referred to Icanho in Stowmarket, Livability’s specialist acquired brain injury centre, where she began eight months of treatment.

Icanho’s interdisciplinary approach means clients can work with a variety of therapists, in one place, with the team co-operating closely on treatment. Trisha needed occupational therapy, psychological support, speech and language therapy and physiotherapy.

One symptom of Trisha’s injury was severe motion sickness when she or anyone around her moved. Physiotherapy treated this – but it was tough going. ‘I had a series of exercises to do, three times a day. They were so hard but I did it, and it does clear the sickness.’ Cranio-sacral therapy also transformed Trisha’s sleep pattern: ‘I used to not sleep more than two hours and my anxiety was so high. Now I sleep the complete night and I haven’t looked back.’

Life wasn’t easy to navigate while Trisha was recovering. ‘I’d given up driving and in so many ways, I was dependent on my partner Roger, which was putting a huge strain on our relationship,’ she recalls. ‘My disability isn’t visible and I find that the public can be very unforgiving when you’re slow or not functioning as you should.’ Fatigue was one of the biggest challenges she faced, along with poor sleep. ‘The fatigue is like someone pulling the plug on a computer and wallop! You can’t function. And it can happen at any time.’

Offloading her fears and worries onto Icanho’s clinical psychologist was key for Trisha. ‘I left all my baggage with her! She helped me accept that I have a head injury and I’m a different person. The new me is realising that the old me has gone.’

With this acceptance, Trisha has found she can move forward. ‘I get to carve out another life. I’ve still got ability.’ Couture work is no longer for her but Trisha has completed a City and Guilds course in embroidery – gaining a distinction. She gifted her physio with a small, intricate embroidery of a brain as thanks for her treatment.

Trisha now feels she has a future. ‘Without Icanho, I don’t know where I’d be. I’d still be highly anxious and I think my relationship with my partner would have completely broken down. The therapists at Icanho don’t just do their job, they really, really care. I’m not striving for perfection now, or for the person I was. I have such a brilliant life.’

‘My disability isn’t visible and I find that the public can be very unforgiving when you’re slow or not functioning as you should.’