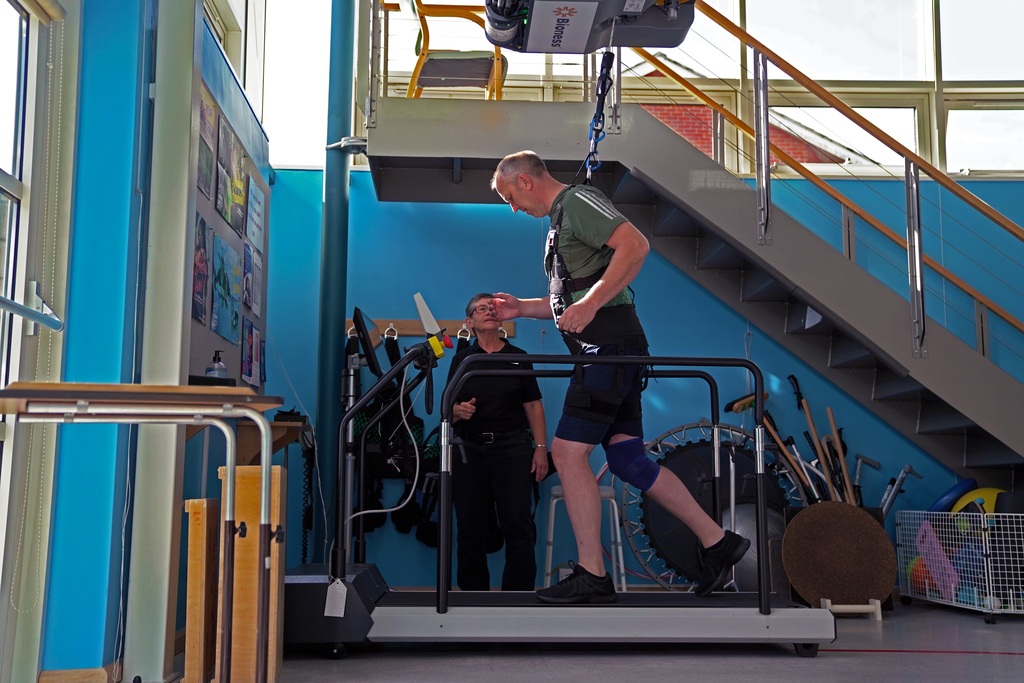 Me, my family and brain injury

When Tony arrived at Livability Icanho, he was not in a good place physically or mentally.  Tall and strongly built, with a young family, Tony was struggling to cope with the disabilities caused by a stroke six months earlier

‘By the time Tony was referred to Icanho, he was walking with a stick – his arms hurt, his knees hurt and his shoulders hurt,’ says Angela, Tony’s wife.  The strain and frustration of an acquired brain injury and constant pain was making family life difficult. ‘Tony was struggling to control his temper and that wasn’t good around the kids,’ Angela remembers.

Being referred to Suffolk-based Livability Icanho helped Tony deal with the impact of brain injury on his life. Livability Icanho’s highly specialised, holistic team provides acquired brain injury rehabilitation, with a wide range of therapies including clinical psychology. Support is available for clients’ families too, and Tony’s family were reassured that experiencing tension and frustration is not unusual after a brain injury.

‘The psychologist here is amazing,’ says Angela. ‘Tony would not be where he is today without that help.’ The couple were given support together and separately and were offered strategies to help them cope with challenging issues.  Help was available from Icanho for their children ‘but we didn’t need this in the end’, says Angela.

Physically, Tony began to improve with the team’s treatment, a process which was accelerated when he started sessions on the centre’s new Bioness Vector system. This hi-tech kit supports the user in a harness, on a tracking loop, supporting body weight and enabling the person to feel more confident with movement.

‘The Vector allows you to really focus and concentrate on the movements the physiotherapist is helping you with,’ explains Tony. ‘You’re not worried about falling and hurting yourself or hurting the physio! Having the harness has given me such confidence. I feel the Vector has halved the time I take to make progress with something.’

Having a multi-disciplinary team under one roof meant Tony could access other therapies he needed without the need for appointments in different locations. Even if available, getting specialist care can mean driving long distances in Suffolk. ‘I had acupuncture at Icanho, which took the pain away for a week. And we were worried about losing benefits if I was able to do a few hours of work, instead of the 40 hours I was doing before. Icanho helped us to draft a letter and to contact the right person at the Job Centre.’

This has all added up to a huge turnaround for Tony and his family. ‘I don’t think we’d still be together if it wasn’t for this place,’ says Angela. Tony’s treatment continues and ‘he feels better in himself every time he leaves here’, she says, smiling.

Tony agrees: ‘Icanho has people who understand what you are going through.’ He has hope for himself and the family: ‘I’m focussing on going back to work. And it’s things like being able to sort of kick a ball around with my son, rather than just sitting in the corner not able to participate at all. I’m so much better than I was!’

‘You’re not worried about falling and hurting yourself or hurting the physio! Having the harness has given me such confidence. I feel the Vector has halved the time I take to make progress with something.’