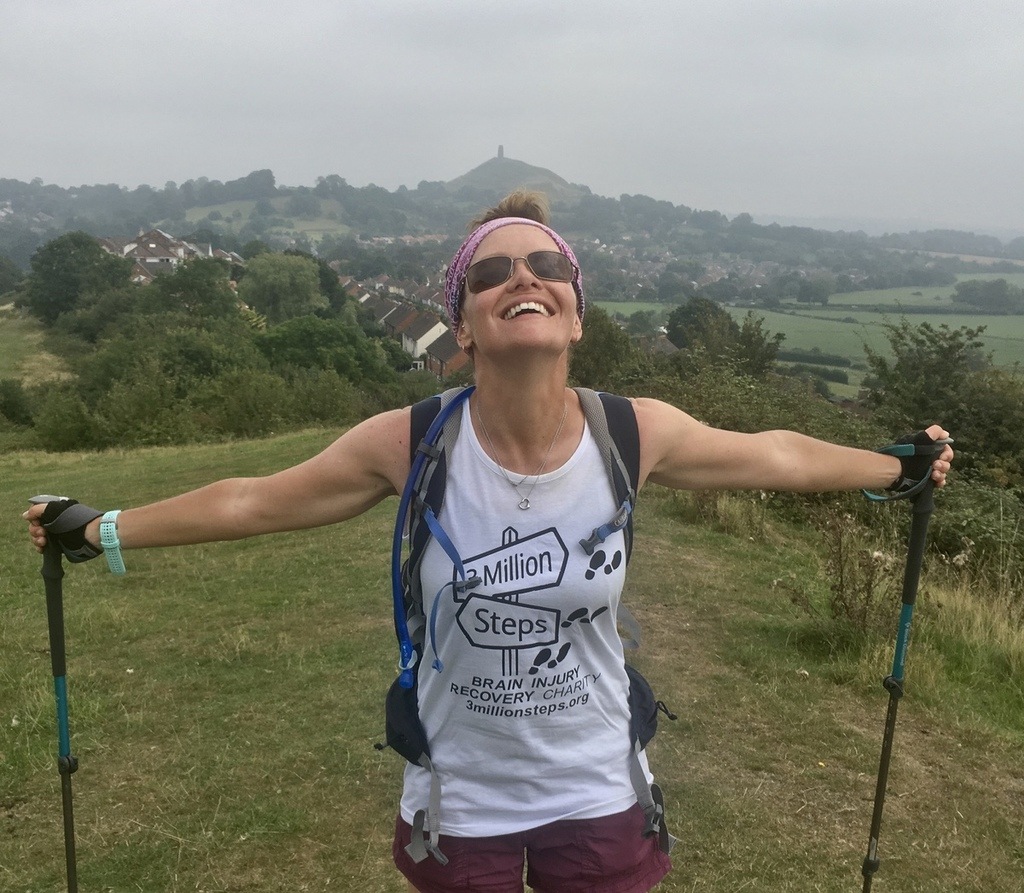 Walking away from injury: Zara’s story

Walking from John O’ Groats to Land’s End – more than 1,000 miles – is quite a challenge. When Zara Dyer decided she was going to attempt this feat, she had a few barriers to cross – including learning to walk again.

Zara sustained a brain injury in 2016 following a car crash in the USA. The accident left her paralysed down one side and unable to walk, speak or swallow properly. When she started her treatment at Livability Icanho, in Suffolk, she couldn’t stand unaided. She received expert treatment at Livability’s specialist brain injury rehabilitation centre and began to make progress.

A former scuba diving instructor, Zara is determined. The day she moved from using a zimmer frame to walking sticks was a red letter one. ‘I could walk a few metres and I said to my partner Ian, what about doing a walk?’ Zara recalls.  ‘He said yes, we could try for a walk but somewhere not too uneven because of your wheelchair. I said I’m not using my chair – I mean a walk. Like around Suffolk or somewhere.’

At Icanho, with Ian’s support, Zara worked hard on her recovery. The couple started to plan a fundraising walk, not around Suffolk but from one end of Britain to the other. ‘After nine months of treatment, I was feeling a lot more hopeful that I could continue to get even better,’ Zara remembers. ‘Part of the reason I wanted to do this walk was for all the amazing people who helped in my recovery. It was to be a thank you to them.’

Zara’s first goal was to walk ten miles, as she planned to break the walk down into ten-mile stretches and Icanho’s physiotherapist devised a programme to support Zara building up distance. Zara and Ian began their walk on 6 May this year and reached Land’s End 104 walking days later. Sharing this endeavour ‘was part of recovery for us – we were doing it together’, Zara says.

On the way, they were joined by supporters and people who were also living with brain injury. ‘I wanted our walk to raise awareness of brain injury,’ says Zara. ‘Without Icanho’s treatment, if I’m absolutely honest, I have no idea where I’d be now – I’d be rubbish, physically and mentally. I’ve met lots of people who didn’t receive this kind of care, just because of their postcode, and their quality of life can be significantly poorer.’

Zara’s walk has raised around £11,000 so far, earmarked for new equipment for Livability Icanho’s two centres in Stowmarket and Bungay. ‘If an able-bodied person had achieved this, it would be amazing,’ says Ian. ‘What Zara has done is phenomenal. She has a very determined character and a very positive attitude, which is a lot of the battle. It shows you can do anything!’  Zara wants raise awareness for better rehab: ‘Icanho is invaluable and I wish every area in the UK had this kind of brain injury rehabilitation.’

‘Without Icanho’s treatment, if I’m absolutely honest, I have no idea where I’d be now"